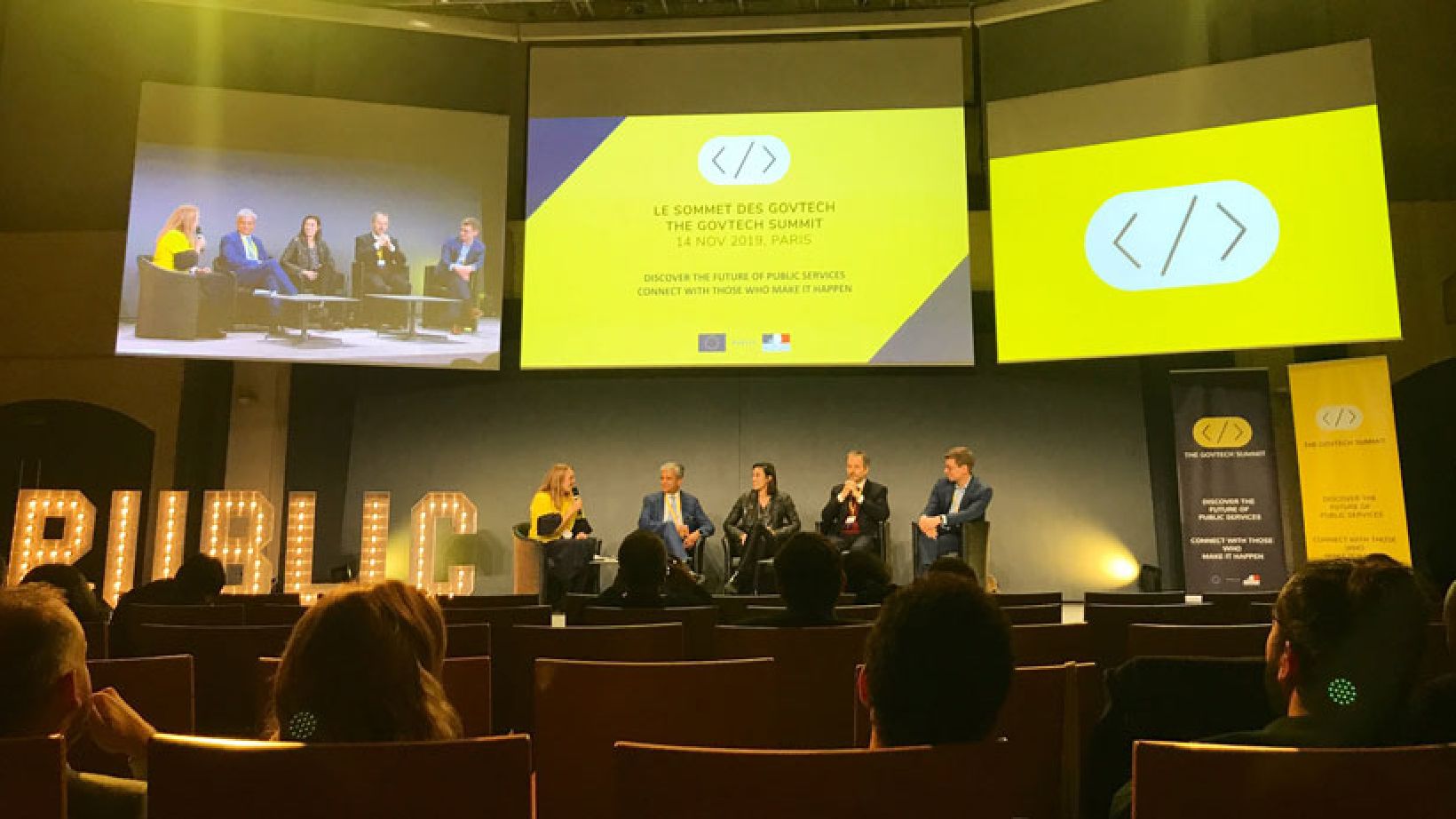 BRZ delegation at “The GovTech Summit” in Paris

A delegation of the BRZ visited Paris between November 13th and 15th to take part at the prestigious conference “The GovTech Summit” (hosted by PUBLIC) and foster a cross border dialogue regarding the progress of digitization in the public sector between Austria and Paris.

The GovTech Summit attracted numerous extraordinary characters in the governmental digitization orbit. Starting from the president of Estonia (Kersti Kaljulaid), the Serbian Prime Minister (Ana Brnabić) and several Ministers of Digital Affairs from across Europe. Amongst them, Markus Kaiser was invited to participate in the panel “Buying to innovate” an enthusiastic outlook on partnerships between the public sector and startups and possibilities to overcome the mysterious procurement issues.

During discussions with governmental officials of the Prime Minister´s Office, the BRZ delegation gained insights on the French digitization landscape and could share Austrian Best Practices. BetaGouv is noticed as the institution to foster the state-startup-concept in France that started off in 2015 with an innovative approach to foster inclusion of decision makers, civil servants, and the public. The concept: Ministers in France have the opportunity to have crucial digitization issues being solved by a state-startup. A cross-functional team, consisting of civil servants, IT developers and innovation coaches, that works together on the specific issue for six month time in an incubation phase, to afterwards integrate the solution in the service catalogue of the Ministry.

Similarly interesting was the Best Practice Exchange with DINUM – the institution that is responsible for the coordination of all digitization matters in France since 2012 – with a direct report to the Prime Ministers Office. Although there is a IT and Infrastructure department in each Ministry, DINUM is overlooking all large scale projects, cross Ministry and is responsible for the French IT consolidation. The knowledge exchange between the BRZ and DINUM was a great opportunity to evaluate a cooperation between the two organizations.